During today’s press-conference which was held in the MFA of Turkmenistan with the participation of the heads of the authoritative foreign broadcasting organizations, it was highlighted the timeliness of Turkmenistan’s initiative, as well as the Resolution of the UN General Assembly on proclamation of the year of 2021 as the International Year of Peace and Trust.

The Deputy Chairman of Interstate TV and Radio Broadcasting Company “Mir” B.Kozorezov during his speech stated that international initiatives and undertakings of Turkmenistan are fully targeted to promote global peace and mutual understanding.

Speaking at the press-conference, Programs Director of Turkish TV and Radio Broadcasting Company “TRT World” B.Bayraktar said that the country during the years of its independence achieved huge success in all spheres of national economy, which is confirmed by the development of the infrastructure and industry with high pace.

Director General of the Russian International Network of Information TV Channels “Russia Today” A.Nikolov stated that international initiatives of neutral Turkmenistan aimed at peaceful and trusting coexistence of the countries and peoples of the world, are in tune with the Goals of the Global Agenda.

In his video address, Javad Mottaghi, Secretary General of the Asian-Pacific Broadcasting Union (ABU) underlined the significance of the peacefulness and conflict-free interstate and interpersonal contacts in international relations.

Deputy Direcor of the Directorate of international relations of the Federal State Unitary Enterprise “All-Russian State Television and Radio Broadcasting Company” A.Perevoshchikov stated that Turkmenistan, being the neutral state invariably acts for the strengthening of peace and security on regional as well as on world scale, thereby actually proving the efficiency of the institution of the permanent neutrality. 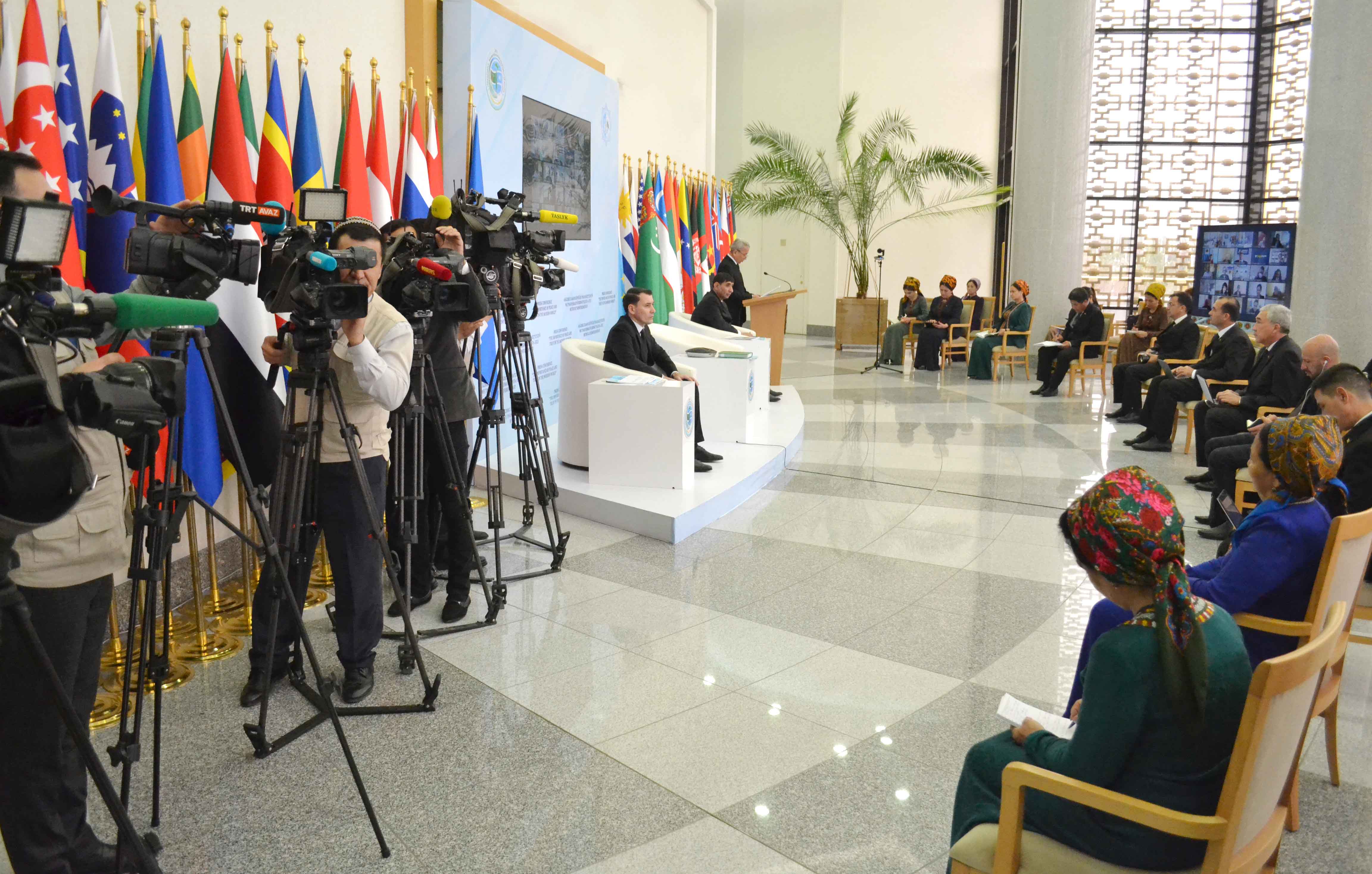 Within the frame of his statement Chief Executive Officer of Prasar Bharati Broadcasting Corporation of India Shri Shashi Shekhar Vempati underlined that today the notions of peace and trust are important as never before. In this regard the work of media plays considerable role. By means of close cooperation we can convey to the listener the objective information and facilitate the friendly dialogue between the countries and peoples.

During the speech of the Chairman of National Television and Radio Broadcasting Company of Uzbekistan A.Hadjaev, he stated that this event confirms once again aspirations of Turkmenistan to further strengthen peace, stability and security in the region.

Besides that, in their presentations the Director of Georgian TV channel “TV-24” B.Nachkebia, Director of the international radio programmes of “AZTV” F.Iskenderov, as well as the representatives of the State Information Agency of Azerbaijan “AZERTADJ” S,Ibragimov and Armenia’s Information Agency “ARMENPRESS” A.Djanpoladyan, it was underlined the significance and timeliness of the proclamation by the UN of the “International Year of Peace and Trust”.

TURKMENISTAN EXPANDS PARTNERSHIP WITH THE ULYANOVSK REGION OF RUSSIA

THE EMBASSY OF THE ISLAMIC REPUBLIC OF AFGHANISTAN IN TURKMENISTAN ORG...

THE MEETING OF THE HIGH-LEVEL GROUP ON FACILITATING TRADE AND INVESTME...

MEETING OF THE MINISTER OF FOREIGN AFFAIRS OF TURKMENISTAN WITH THE LE...

PRESS-CONFERENCE TITLED “SIGNIFICANCE OF PEACE AND TRUST IN MODERN WOR...