ASHGABAT HOSTED A BRIEFING BY THE AMBASSADOR OF KAZAKHSTAN TO TURKMENISTAN

Ambassador of Kazakhstan to Turkmenistan Erkebulan Sapiev held a briefing in Ashgabat dedicated to the 30th anniversary of the Republic of Kazakhstan. The ambassador noted that in 2021, which was still difficult for the world economy due to the ongoing pandemic and quarantine restrictions, the economy of Kazakhstan maintained a steady pace of development - by the end of ten months of this year, the country's GDP growth was 3.5%. According to the diplomat, the stable growth of productio... 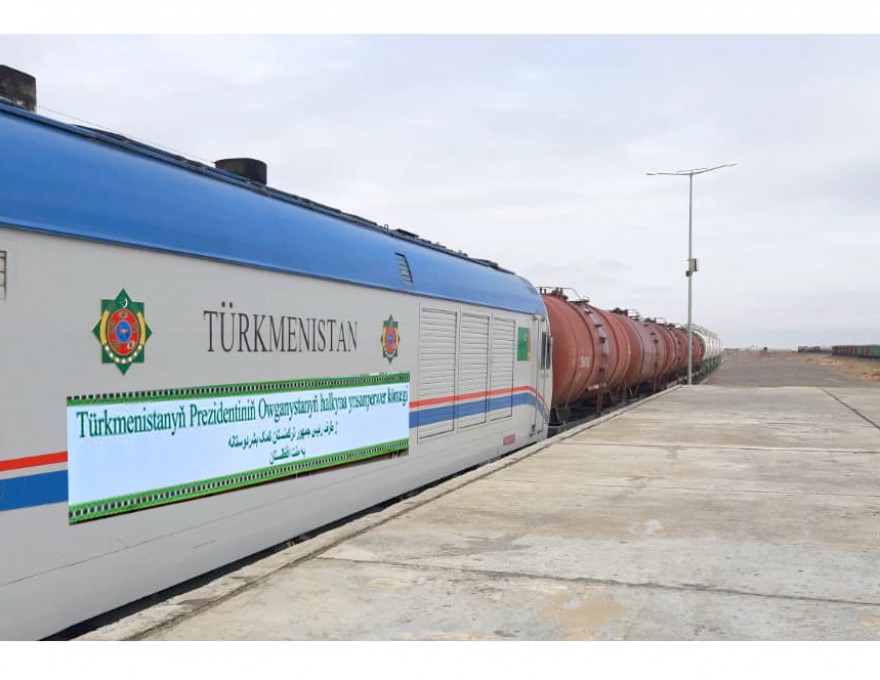 TURKMENISTAN HAS SENT A HUMANITARIAN AID TO AFGHANISTAN

Today, On December 14, a humanitarian cargo of food, textile and household goods, as well as oil products was delivered from Turkmenistan to neighboring Afghanistan. As is known, during the extended meeting of the Government on December 10 of this year, President of Turkmenistan Gurbanguly Berdimuhamedov has signed the Order on sending humanitarian aid to Afghanistan. This document was signed "with a view to assist neighboring Afghanistan on a systematic and regular basis and to provide an al... 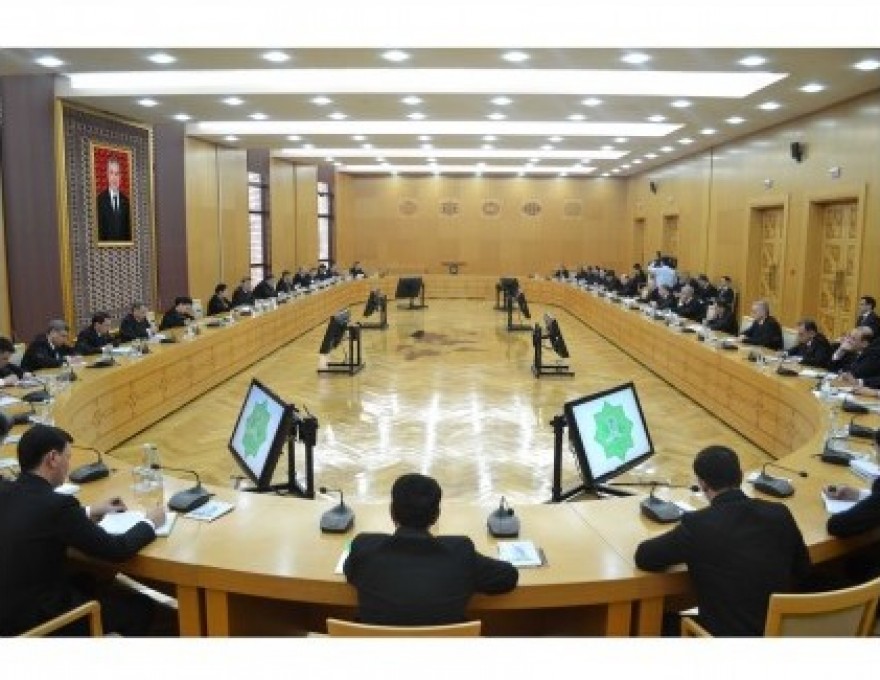 Today, on December 14, the Ministry of Foreign Affairs of Turkmenistan hosted a round table dedicated to the results of the expanded meeting of the Government of Turkmenistan held on December 10, as well as the International Conference «Peace and Trust Policy – Basis of International Security, Stability and Development» held in the Turkmen capital on December 11, 2021. The meeting was attended by the heads and staff of the Foreign Ministry, as well as the heads of the diplomatic missions of T... 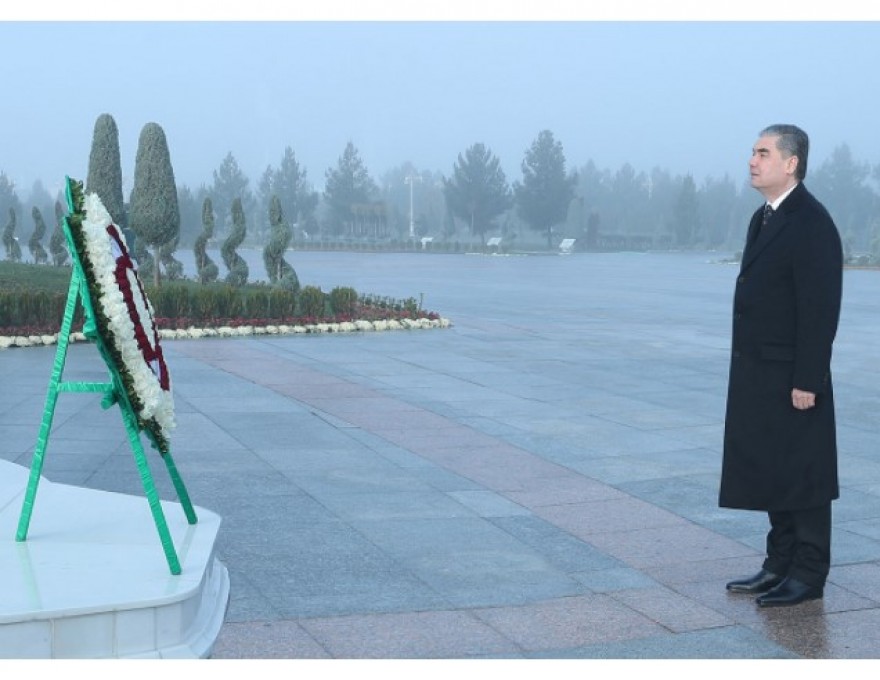 Today, Turkmen citizens celebrated the International Day of Neutrality and the 26th anniversary of the United Nations General Assembly’s adoption of the Resolution on the Permanent Neutrality of Turkmenistan. On the occasion of the glorious holiday, celebrations were held throughout the country, the focus of which was the capital. Here, with the participation of President Gurbanguly Berdimuhamedov, a flower-laying ceremony was held at the Monument of Neutrality, embodying the triumph of the high...

CREATIVE DEDICATION TO THE HOMELAND’S NEUTRALITY

The Mukams Palace of the State Cultural Center hosted a festive concert dedicated to the International Day of Neutrality and the 26th anniversary of recognizing the permanent neutrality status of of Turkmenistan. Cultural diplomacy is an integral part of the policy of positive neutrality being successfully implemented under the leadership of President Gurbanguly Berdimuhamedov. It has an important role to play in the development of relations between the peoples based on the principles of peac... 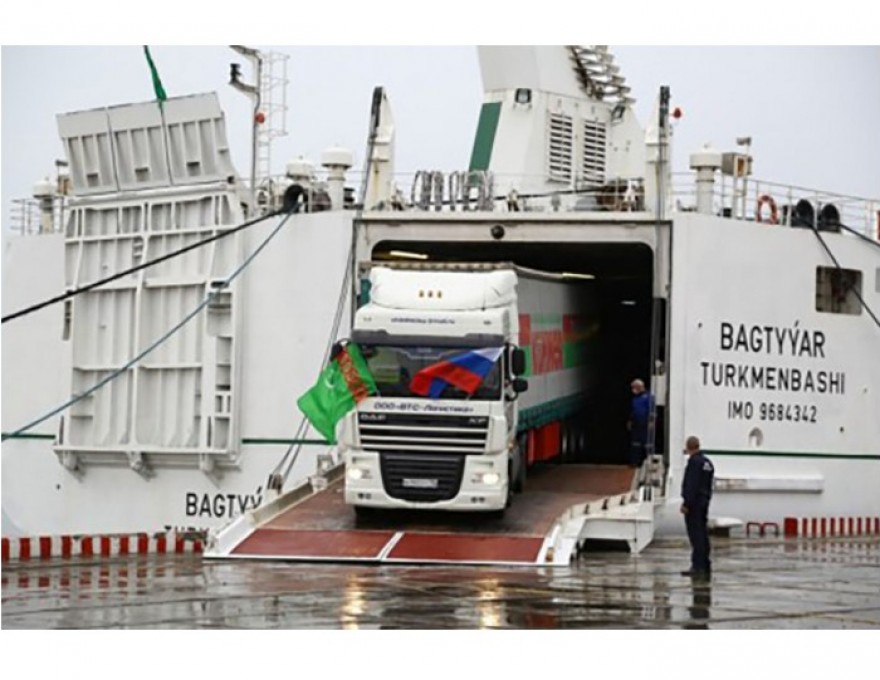 TURKMENISTAN DEVELOPS TRANSPORT AND LOGISTICS COOPERATION WITH THE ASTRAKHAN REGION

Another practical step has been taken in the implementation of the current initiatives of President Gurbanguly Berdimuhamedov on the creation of transnational transport and transit corridors and logistics centers. At the talks held in Ashgabat between the head of Turkmenistan and the governor of the Astrakhan region Igor Babushkin, issues related to the maximum realization of the potential of the International Seaport of Turkmenbashi and the implementation of passenger and cargo flights to the R...